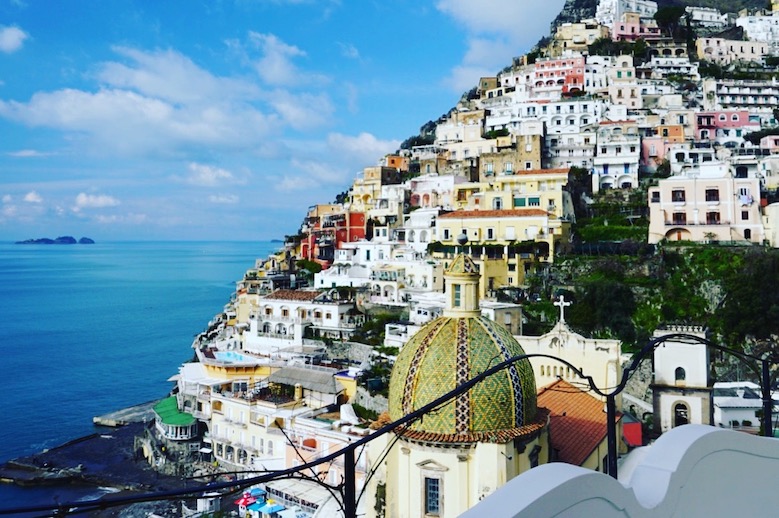 There are so many, and they have happened pretty much every day, this past year. Here are a couple of crazy ones.

When I announced, in September, that I would be writing my story in a more contained form, the universe seemed to lead me to Dani Shapiro, the author of many moving pieces of memoir and fiction. In November, I made plans to attend one of her small, women-only writing retreats.

There would be six other women in the group. As I was reading the other writers’ pages, before I left home, I wondered why the name of one woman, Julie Himes, was so familiar. Then I realized she was the author of the book sitting right beside me—-my book club’s pick for December. I emailed her to say hello and to remark upon the coincidence.

She wrote back with some equal amazement. In my pages, I had mentioned Vertex Pharmaceutical’s Kalydeco, the gene-correcting cystic fibrosis drug that might have changed Caitlin’s life, if she’d had access to it before her lung damage occurred. In addition to being a writer, the multi-talented Julie is also a research physician and a medical director at Vertex.

On the last night of that November retreat, Julie and the others were talking with great enthusiasm about Sirenland, an annual writer’s conference that Dani, Dani’s husband Michael Maren, and Hannah Tinti have been running in Positano, Italy for the past dozen years.

At Sirenland there are three small workshops, with ten writers in each one. I was part of Dani’s memoir workshop. Before I left home, I received the bound pages containing my group’s ten manuscripts. They were in alphabetical order.

I began to read the manuscripts, one per day. A few days before the conference, I was in London when I reached the end of the manuscript.  W. David Weill. The name seemed familiar. I began to read. And stopped. I started talking to myself. What?? What is this??? Are you kidding me???

I called up to my friend who was traveling with me. You are not going to believe this.

David is a pulmonologist and was the medical director of the lung transplant and adult cystic fibrosis programs at Stanford University for years. His manuscript consisted of the first pages of a memoir he is writing about his complicated relationship with organ transplant.

I also realized why I recognized his name.  I emailed the mother of Mallory Smith, the young woman from LA who also had to be transplanted in Pittsburgh, and who passed so tragically last November. Nick and I had just had dinner with Diane and her husband at their California home. I wrote, Is David Weill the Stanford lung doc friend you mentioned?

And I told her and she said, Oh my God, Mallory did an edit of his book.

So yes, there was that.

Sirenland was an exceptional experience. And David is an exceptional person and I hope that his memoir will find many fascinated readers. He is now consulting, and working to address, as he puts it on his website, an important deficiency in transplant care: the lack of comprehensive quality information about transplant program performance. From his site: In the United States, there are hundreds of transplant programs performing thousands of solid organ transplants per year. Based on my own experiencing directing programs and evaluating them for public and private entities, I have seen that the quality of the programs varies considerably. This variability is usually not apparent to patients. The mission: Develop a scientifically reliable way to evaluate transplant program quality by using a variety of metrics that will be proposed and tested by experts in each of the four solid organ transplants (heart, liver, kidney, and lung). In order to achieve this mission, I have set up a non-profit entity called the Coalition for Transplant Program Evaluation (CTPE).

As I neared the end of my week in Italy, I thought of all the trips that Caitlin and I had planned for “after transplant.”  The last overseas trip she took was to Ireland for her 30th birthday. She traveled with Andrew and they visited her beloved family in Wexford–her grandmother, aunts, uncles, cousins. It was a complicated trip, as that was the summer she began to catch one virus after another. By Christmas, she was on oxygen full-time and would never travel again.

I decided to take advantage of the fact that I was already “across the pond.” I had a ticket home from London but was able to change my departure date. I asked Nick to join me in England, to see, in honor of Caitlin, some places she longed to visit: Salisbury Cathedral, Stonehenge, Bath. He came and we saw those magnificent sites and he was also able to visit with old, close friends and also some Welsh cousins he had not seen for thirty (!) years.

We ended our week in London at the hotel where I twice stayed with Caitlin, most recently in 2012. I showed Nick around the enchanting public spaces and pointed out areas that held particularly vivid memories, like how one afternoon, in the lobby, I realized that the man sitting beside me on the sofa was Cuba Gooding, Jr and he was really sweet and funny and offered me a cake from his tiered tray, then basically shouted BOO! when I reached for one.

I showed him where Caitlin got into the taxi with her big suitcase full of oxygen and medical equipment that took her to the Chunnel train that brought her to Paris and the apartment where she so bravely spent a few long-dreamed-of weeks alone.

After we unpacked, we went down to the hotel’s spa. Nick went to the men’s changing area and I went to the women’s. We arranged to meet on the thermal floor.

Once inside the women’s area, the sights and spa smells were so immediately familiar. How could six years have passed? Caitlin was almost there, a shimmering memory in robe and slippers. I allowed myself a moment, thinking, The last time I was here, Caitlin was alive and my book was about to come out, and Cuba Gooding, Jr gave me a piece of cake. Life was pretty good.

Then I went down to the thermal floor to look for Nick. It’s kind of dark there and I couldn’t see him, but suddenly he came out of a door, followed by a man. Look who I found! he said, and it was Cuba, wrapping me in a big hug, saying he was so sorry for the loss of Caitlin, and then he was gone, and my head was spinning a bit. Still is.