Below is a screenshot of Caitlin’s Instagram from our trip home in September, 2015, when she got to visit the Prouty Garden one last time.  As I’ve mentioned, the current Children’s Hospital administration made their decision to cut down/kill the Prouty Garden’s 65 foot Dawn Redwood tree this past December, the same day Caitlin went on ECMO.

Today, in Caitlin’s honor, Nick and I visited the Muir redwood forest here in California.

The last movie that Caitlin saw was at the Carnegie Science Center a few months ago, the recent “National Parks Adventure” at the Omnimax. From CNN’s review of the film:

Two of the most integral figures in national park history are also honored in the film — conservationist John Muir and President Theodore Roosevelt, who convened in 1903 at Yosemite National Park. Their famous three-day camping summit under the stars in a giant grove of Sequoia trees is re-enacted by a pair of dedicated tribute actors.
“That meeting [between Roosevelt and Muir] is often regarded as the most important three days in conservation history, so we knew we had to include it,” says MacGillivray.

“They believed that nature was of spiritual value, and that you could get more out of it by not changing it. It was a unique point of view then — and one that people might take more for granted now.”

Like anything so natural and overwhelming to puny beings like us, photographs cannot do justice to how it feels to walk there among our earth’s tallest living things. But if you’ve never been, try to go in this lifetime. The forest is like a cathedral–hushed, and filled with shade and light.

At one point, Nick opened his knapsack and took out the photo of Caitlin that he’s been carrying on this trip.

This is quite a large photograph but looks like a 3×5 against this tree. 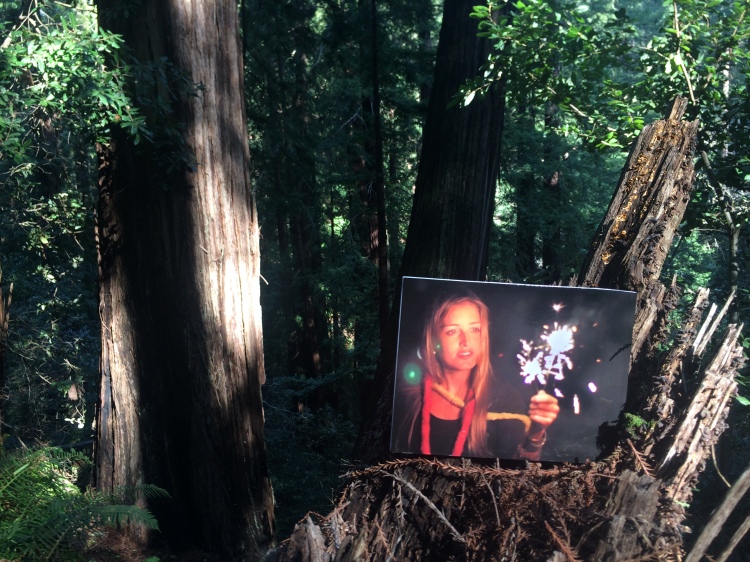 He also brought the religious gifts various people had given to Caitlin while she was sick and which hung on her IV poles in the hospital and during her surgeries. 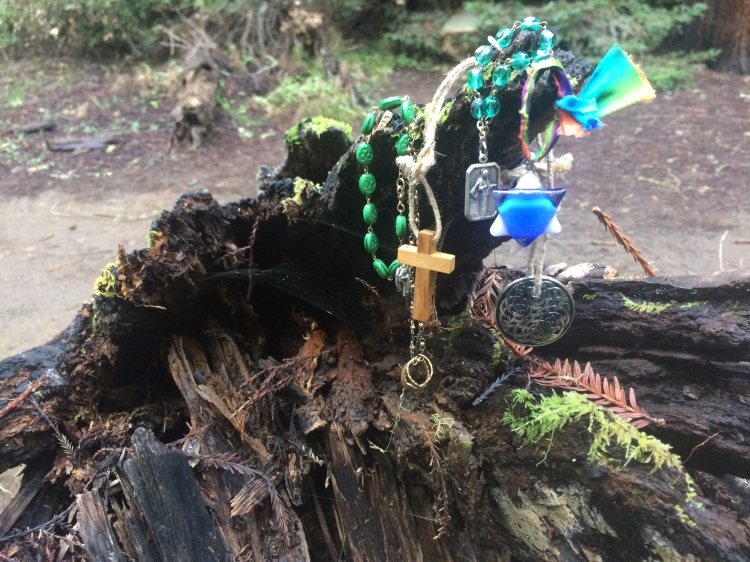 It’s 4 weeks today, exactly, and as I write that, it hits me all over again that it is true.

But Jess is here, and we love her. And we saw Kenley, too, last night. And read aloud a wonderful note we received from the kids’ former headmaster at Fay. And basically went on living, as impossible as that seems to be to do.

9 thoughts on “JANUARY 17–In the Redwood Forest”