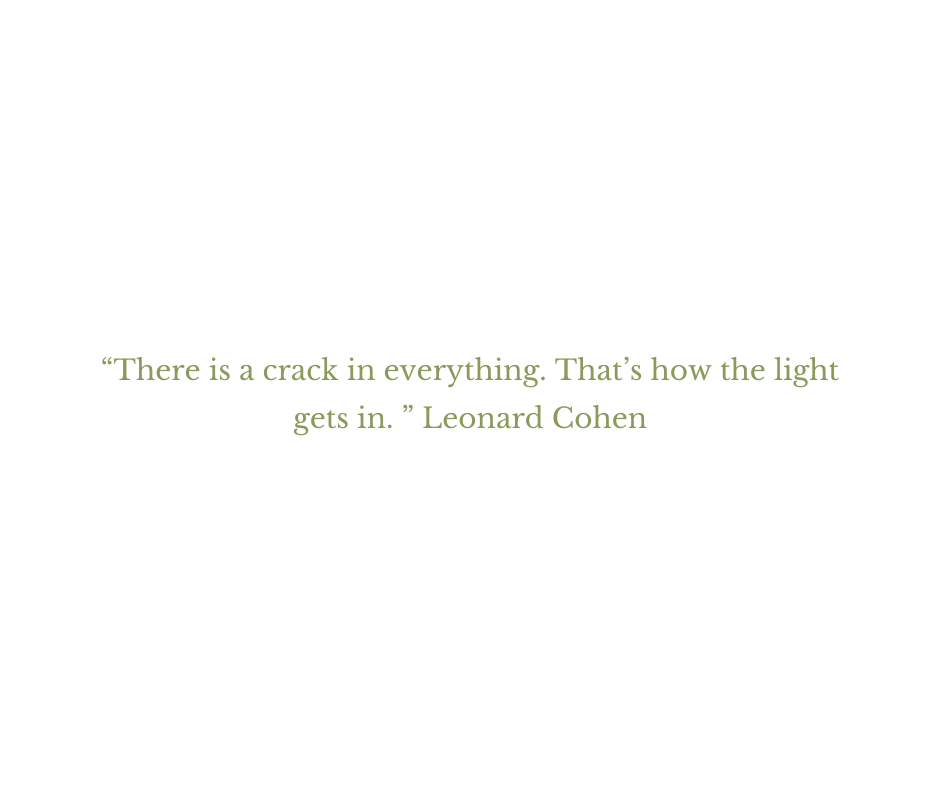 You can’t always get what you want. Blah blah blah. Deep thoughts and Pink Floyd. There is no dark side of the moon really matter of fact it’s all dark.
I’m not the first person to be sick and I won’t be the last, but here we are. Update needed.
Free association is about the only thing I have a mind to do right now and so I’ll try to pull it together into something comprehensible.
If you’ve ever been in a major hospital recently there’s this channel called C.A.R.E. that just shows pictures of nature while music plays. Apparently there’s scientific evidence that just looking at a picture of a “vista” can relax you. Sometimes I lie there and watch that channel and think about the word “teeming” because that’s all that keeps popping into my head. This planet is surrounded by rocky and fiery and gas-laden planets and yet ours is teeming TEEMING — with colors and creatures and millions of upright humans communicating. If you think about that for long enough and stare long enough into the bubbling rapid or the alpine peak on the screen you can get to that state of wonder for a second …and be like …pretty ok with everything.
Are you in control?
This is a question my dad often poses to me, and Andrew, during trying hospital times. Perhaps my mother gets it too, though I suspect not. It’s his way, I think, of assuring himself and us that we are in control of things when he’s not around. He likes to be in control. I like to be in control. I am in control as much as anyone can possibly be in my situation. Sometimes too much. I can’t control the big event, the most important thing; no one can. Control is the word of the day, the year – for me – and the country it seems too. Control is elusive. Dangerous. People freak out when they lose it.
Tolstoy had an existential crisis where he couldn’t figure out how to have faith…and decided the only logical thing he could do was to kill himself –  He spiraled out of control… he couldn’t think himself out of the problem of living, the meaninglessness of life, and the uncertainty of faith. He thought that if life had no meaning, which his reasonable mind believed because he could not prove the opposite, then the brave thing to do would be to end it. But he did not want to kill himself at all. He finally found his kernel of faith exactly right in front of him. His desire not to die, to keep on living despite the fact that he KNEW he was going to die, was a kind of miraculous leap of faith that we all do every day when we wake up. He figured the fact that faith even exists at all makes it a truth in and of itself. And he went on. (you can read this in his “A confession”).
So the basic details of my situation are things I know people want to know … I’m so grateful I have so many people that care for me and my family, so here they are. I went into the hospital last Wednesday because I’d reached a new low of shortness of breath, due in part obviously to my lungs but also to my pulmonary hypertension which is more severe now. My increased oxygen needs have now boosted my score way up to 70. It was 47/48 for the past 2.5 years. I cried with relief that there had been a shift. Just days and weeks before had been, as yet, my lowest point. For the sake of transparency and for anyone reading this who might be sick too and think a lot of people make it look easy – trust me – we all fake it. Here’s what low looks like– I was sitting in the bathtub while my mom washed my hair. On 10 liters of oxygen with a rescue tank next to me to supplement. The day before I went into the hospital I couldn’t even do that. Physical anxiety attacks everyday. Extreme body aches. It’s hard to pray for yourself. Or ask for things for yourself. But that day I screamed in my mind to whoever was listening to please help me out because I couldn’t find my little ball of fiery strength anymore …and I can always find it.

Yet just last Sunday– I took this picture. Three of my most dearest buddies -Jacqui, Kenley, and Allison – arranged for my awesome Boston hair stylist, Alex, to fly down and completely change my hair. It had become a huge tangled yellow mess that I didn’t have the energy to even comb, never mind color or cut. She came to the apartment and I cut 10 inches off and 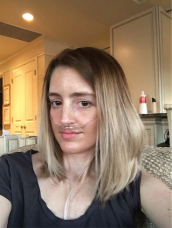 went closer to my natural color. It was so perfect and such perfect timing – because now I can have dirty hospital hair and it looks like a chic conscious fashion choice with my ripped tees. My point is – I don’t look like someone sobbing in the bathtub gasping for air in this picture – but I am. Everyone struggles beyond their photos. But the world is meant to be hard and difficult and beautiful. Maybe it’s easy to say this from where I sit – I am one lucky duck – I have a great family and great care a stylist who fucking flies in. I still suffer and it still sucks. But there is so much suffering in the world … so much. My belief though at least is – the world was not meant to always be fair or fun or easy.  The world is teeming with life, and death, and pain, and Donald Trump even haha. We just have to keep living. Step back. We are just tiny beings. There are lobsters living at the bottom of the ocean for over a hundred years. They have just been sitting down there through all of our lives and wars and lives before us. We aren’t that much different from lobsters really if you pull back a little. All part of this teeming painful wonderful world where so much is just luck. But we can choose to be kind, and to keep trying — we have the power.

“There is a crack in everything. That’s how the light gets in. ” Leonard Cohen
—Caitlin
http://www.space.com/33797-total-solar-eclipse-2017-guide.html